Dmitry Fuchs is a Distinguished Professor of Mathematics, emeritus,  at the University of California at Davis.

The book “Representations of infinite-dimensional Lie algebras” by Dmitry Borisovich Fuchs is a detailed account of a part of contemporary mathematics that has perhaps the largest number of applications in theoretical physics. Representations of the Kac-Moody and Virasoro algebras, the main characters of the book, play an important role in conformal field theory and in string theory describing (infinitesimal) symmetries of these theories. They are also crucial for such areas of mathematics as combinatorics, algebraic geometry, and integrable systems.

In a sense, representations of infinite-dimensional Lie algebras is the topic that links mathematics and theoretical physics, being a universal language that makes possible communication of specialists from various fields.

Written by one of the creators of the theory, the book is accessible to a wide audience. It can be recommended to graduate students and young researchers who want to familiarize themselves with the subject.

Useful “informal explanations” and motivations, multiple examples, and exercises are precious features of this book devoted to a beautiful and still very active area of research. 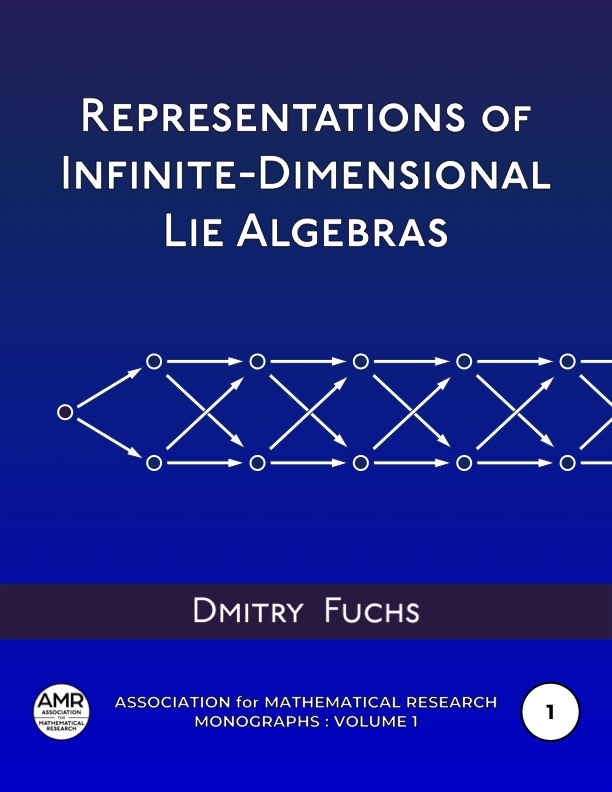 This work is licensed under a Creative Commons Attribution-NonCommercial 4.0 International License.